Prevention and Prohibition of Ragging in Medical College and Institutions Regulations 2021 New! 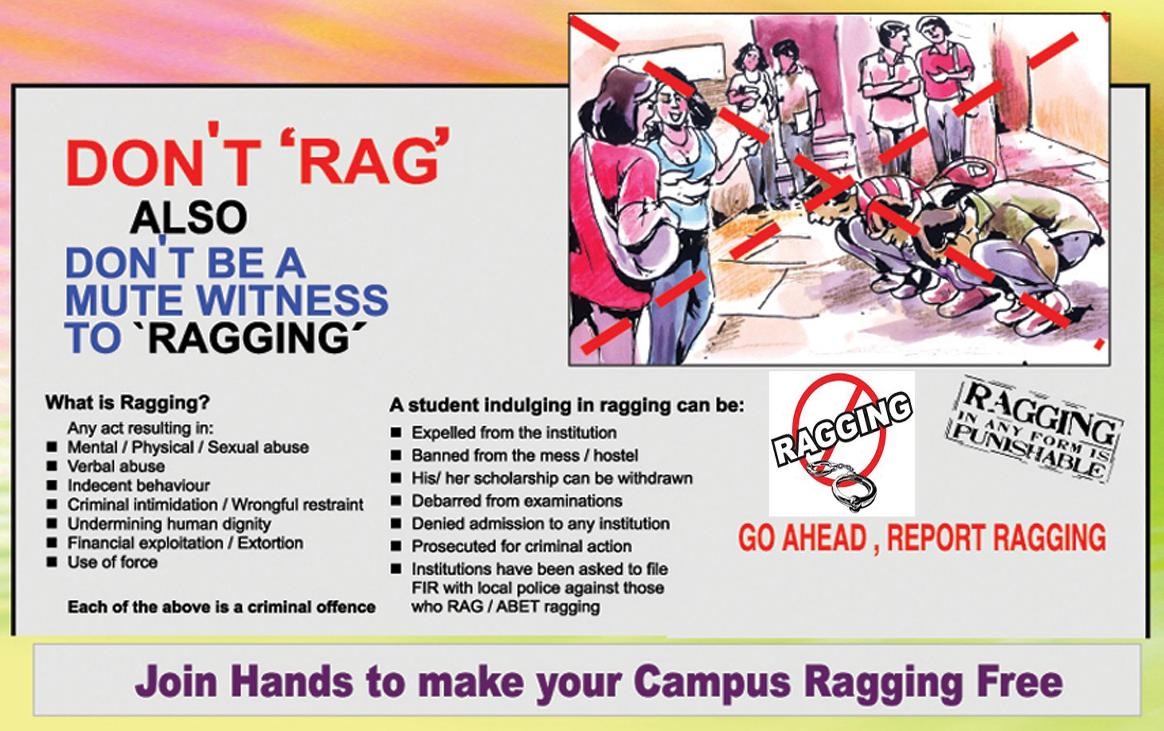 What is Ragging?
"Ragging is any disorderly conduct, whether by words spoken or written, or by an act which has the effect of teasing, treating or handling with rudeness any student, indulging in rowdy or indisciplined activities which cause or are likely to cause annoyance, hardship or psychological harm or to raise fear or apprehension thereof in a fresher or a junior student and which has the effect of causing or generating a sense of shame or embarrassment so as to adversely affect the psyche of a fresher or a junior student."
Punishments for Ragging:
This is to bring to your notice all provisions of the IPC (Indian Penal Code) which can be used by anyone who is being ragged to register an FIR (First Information Report) in the police station under whose jurisdiction area the crime has taken place. These sections are:
339. Wrongful restraint
340. Wrongful confinement
341. Punishment for wrongful restraint
342. Punishment for wrongful confinement
294. Obscene acts and songs
506. Punishment for criminal intimidation In cases of extreme ragging that includes violence:
323. Punishment for voluntarily causing hurt
324. Voluntarily causing hurt by dangerous weapons or means
325. Punishment for voluntarily causing grievous hurt
326. Voluntarily causing grievous hurt by dangerous weapons or means In case a ragging victim has lost his/her life:
304. Punishment for culpable homicide not amounting to murder
306. Abetment of suicide
307. Attempt to murder